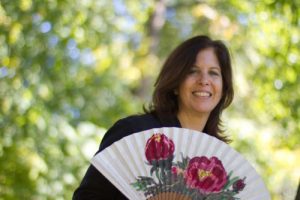 Innovation characterizes Professor Pechilis’s research and publications, including her influential theoretical contributions to the study of bhakti (path of devotional participation); pioneering work on identification and comparative analysis of female gurus; translation and critical discussion of classical Indian devotional texts; reclaiming and restoring female voices from Indian tradition through gender and feminist interpretation; and providing transformative new insights on the development of the now global Nataraja image of Śiva as the Lord of Dance. Recent work includes reflections on the body in Indian traditions, theorizing the relationship between bhakti and Tantra, and ethnographic study of women and their perceptions and experience of work. Over the past twenty-five years she has conducted research in Chennai (Madras), south India through grants from the American Institute of Indian Studies, the Fulbright Program, and the Asian Cultural Council. Her published work, both independent and collaborative, engages many scholarly discussions about the making of religious and cultural traditions, including interpretive history, translation, cultural analysis, and feminist and gender studies.

Professor Pechilis’s courses on Asian religions explore historical processes in the development of religion and culture, including master narratives and alternatives to them. Annual core courses include History and Culture of South Asia: Tradition and Today and History and Culture of East Asia: Tradition and Today. Elective courses include Women in Asian Traditions, History of Modern India through the Novel, History of India: Medieval to Modern, and South Asia through Art and Text. Her comparative courses, such as the Construction of Good and Evil in Film, engage a central theme with which to explore similarities and differences across Asian and Abrahamic traditions. Courses in this category have included pilgrimage, marriage in world religions, transnational film studies, and eastern and western art. Several of her courses, such as South Asia through Art and Text and History of Modern India through the Novel, are also offered through Drew’s magnetic graduate Arts & Letters Program.

Currently (2016-Present), Professor Pechilis is the Convener of the graduate Arts & Letters program in Drew’s Caspersen School of Graduate Studies. This innovative program awards degrees at the doctorate (D.Litt.) and master’s (M.Litt.) level for interdisciplinary study in the Humanities. For academic year 2018-19, she held the Patrice M. and John F. Kelly Fellowship in Arts & Letters, awarded in recognition of scholarship.

For four years (2004-08), Professor Pechilis directed the Humanities Program at Drew, a dynamic interdisciplinary program designed especially for college students. Her special interest was to foreground global contacts among cultures considered in Humanities Program courses, engaging the historical and present West with Africa, Asia, Latin America and the Middle East.